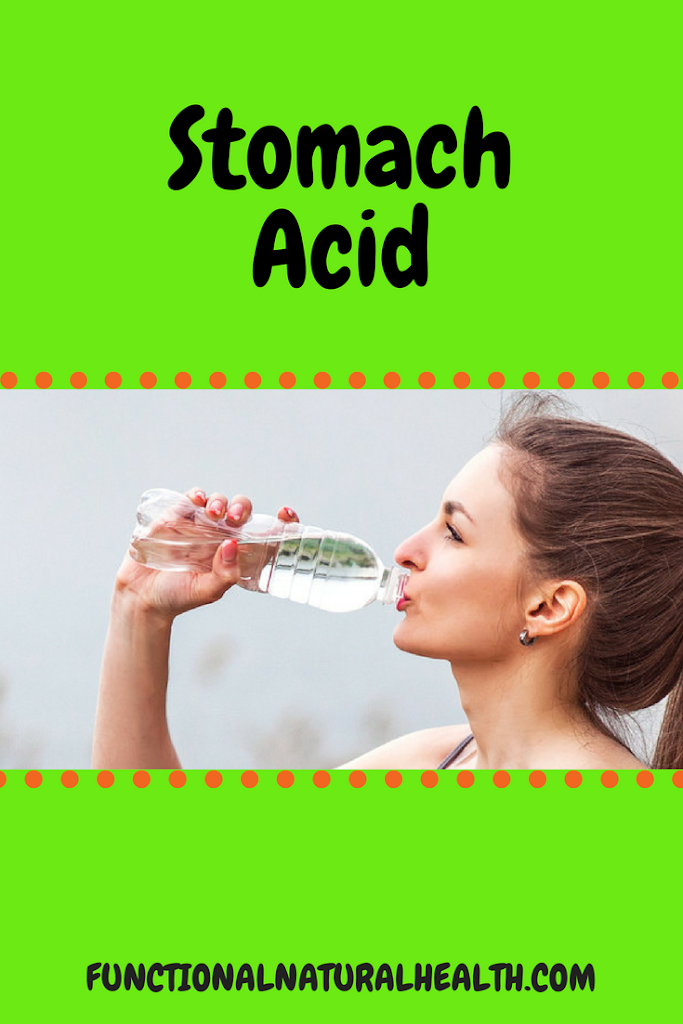 I was watching an Instagram story the other day where the person was telling her followers to drink a big glass of water before eating because that will suppress your appetite. While that may be true, this is one of the problems with those not qualified giving people nutritional information. I agree that drinking a big glass of water prior to eating may help you to not eat as much or you may even decide you’re really not hungry at all. Sometimes what we think is hunger is actually lack of hydration.

What I disagree with though is that while drinking a big glass of water prior to a meal may help you to eat less, it most likely will also cause more problems that it aims to fix. You see, when we hydrate prior to or during a meal we are actually diluting our stomach acid which can lead to severe dysfunction downstream. Think about if you are to pour bleach on your counter (not that I recommend using bleach but that’s another blog for another day) and then diluted it with water. It wouldn’t be as effective in sanitizing your counter would it?

Hypochlorhydria, or low stomach acid, has been associated with many common health problems. Overgrowth of bacteria in the intestinal tract occurs in at least 20 percent of people aged 60 to 80 and in 40 percent of people over age 80. Adequate HCI is necessary for the absorption of vitamin B12 from food; B12 deficiency causes weakness, fatigue, and nervous system problems. Vitamin C levels are also low in people with poor stomach acid. Several minerals require an acidic environment for absorption, including iron, calcium, magnesium, zinc, and copper. Acid is critical for the breakdown of protein bonds in the stomach, and poor acid content in the stomach causes indigestion. The symptoms of hypoacidity often mimic those of hyperacidity.

Hypochlorhydria may be caused by a variety of other issues, including a very poor diet, pernicious anemia (caused usually by insufficient Vitamin B12), chronic H. pylori infection (the bacteria that causes almost all gastritis and ulcers), and long-term treatment with proton pump inhibitors (like Prilosec®).

Common symptoms of hypochlorhydria (one suffering with this may only have a few of these):
•Bloating, belching, burning, and flatulence immediately after meals
•A sense of fullness and/or fatigue after eating
•Indigestion, acid reflux, diarrhea, or constipation
•Multiple food allergies
•Nausea after taking supplements
•Asthmatic symptoms (e.g. wheezing, not environmentally triggered)
•Itching around the rectum
•Weak, peeling, and cracked fingernails
•Dilated blood vessels in the cheeks and nose (in non-alcoholics)
•Acne
•Iron deficiency
•Overall fatigue
•Chronic intestinal parasites or abnormal flora
•Undigested food in stool
•Chronic candida infections
•Upper digestive tract gassiness

So while you may think you are doing a positive thing by drinking that big glass of water prior to a meal you are actually causing further downstream dysfunction, the damage of which far outweighs the benefits.

Are you drinking water during or before a meal? Do you have any of the symptoms or dis-ease processes stated above? I would love to hear you story in the comments below.